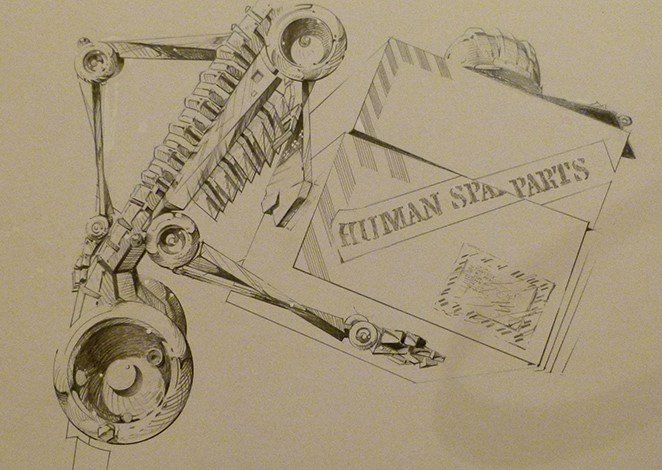 In today’s society of electronic wizardry, one major, AND “key” element is missing… humanity. Yes, we have A.I. (Artificial Intelligence) which will inevitability replace human beings as a species, then going, going, gone would be the truly “human” created masterpieces; DaVinci’s La Jacond – gone, Hemingway’s Grapes of Wrath and Shakespere’s Hamlet; gone, Chippendale (not the strippers!), Hepplewhite and Windsor, Frank Lloyd Wright and others; all gone. Will A.I. or the cgi manipulators be able to produce pieces that could have THAT type of artistic, esthetic and creative value associated with them, or will we be a society of electronically-sterile, manipulated madness?

Yes, cgi produced manipulations will impress and appeal to R2-D2, C3PO and Gort (The Day the Earth Stood Still), but will they have what those three are missing… “soul?” Will they have the heart of humanity? Or will their cyber art have cyber heart? Indeed, last year a Japanese AI program penned a novel titled, The Day A Computer Writes A Novel, which passed the first round for a national literary prize. Although it didn’t win, it showed great promise with its abilities to produce original content autonomously.

Now it’s another 1,000 years in the future, I am a sentient brain floating in a beaker of putrefying brine, absent extremities or body. Would I readily and enthusiastically endorse cyber art? Hell, I will be close to extinct by then so what would I care what is on C3PO’s walls? If anything, C3PO would probably have a holographic image of my brine beaker on his domiciles’ mantlepiece!… provided, of course, it even had a mantlepiece…or a domicile!

While A.I. machines which can interact, engage, think, adapt, and respond exactly in a fashion as a human can, it should not be possible for such intelligent machines to completely replace humans. A robot can actually be much more efficient when compared to a human being. Whether in assembly lines or in first responder situations, machines can certainly help a great deal in automating the process while boosting efficiency. Human input, human interaction, human creativity, human judgment and soul can still not be replaced by the capabilities of artificial intelligence.

Whatever happens in the next 1,000 years — whether we merge with machines or become them or they become us— one thing is certain; the human and Artificial Intelligence race is always changing.

Perhaps the faster humans change and branch out from Earth, the better chance we have of outrunning extinction!

Posts from Our Blog